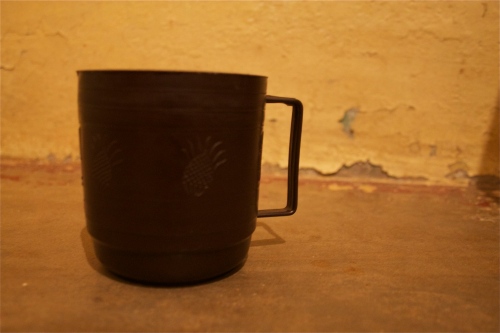 It’s been three weeks of teaching. Something I both love and hate. I love the chance to talk to a group of kids, telling them that they matter and that God loves them. He cares for all of their worries and sees all of their struggles.

But, I dread it. Every week I dread it so much that I can’t think about it for too long before I go or my nerves take over. I hate standing in front of a group and speaking. I feel vulnerable, small, and shaky. I’m not a natural speaker. I’m not a gifted presenter. My comfort zone is pen and paper. There my soul feels free and alive. In front of a crowd my tongue feels tied and mentally I count the minutes until I can sit down again and breath.

To get me through my natural feelings of inadequacy, it has taken a lot of prayer and an intense focus on the Bible story I’m sharing. Each story so far has included a child in some way. I want to show the class of 4th to 8th graders that I have been given the privilege to speak to that they are never too young, to small, or to weak to be used by God.

Last week focused on the widow and her two sons whose story is found in 2 Kings chapter 4.They were desperate with more debt then they could pay. They cried out to God for a solution. I told the row of intent faces sitting in front of me that the story illustrated that no situation is too difficult for God. Following the prophet Elisha’s direction, the widow and her two sons went from house to house collecting jars. Then, as they poured their small cup of oil into the jars that they had collected, God multiplied that cup of oil which they then sold to pay their debts. I told the kids that often God asks us to put feet to our prayers. The money they needed didn’t just fall from the sky, but God provided an opportunity for them and when they followed in faith and obedience their need was met. “God used the little that the widow had,” I told the kids. “It was just a small amount of oil, but from that He multiplied and multiplied. We should expect big things from God,” I concluded. “He can take our little bit, our small lives, our cup of oil and do great things.”

Thankful that the lesson had filled my allotted time I sat down and took a deep breath. God had gotten me through another week. But, God wasn’t done. He took the little that I had and multiplied it. My co-teacher jumped in. He saw the theme that no one is too young or too small to make a difference and ran with it giving a passionate speech about how God wanted to work in each of their lives. By the end of the class time (which had now run overtime) the majority of the class had gathered up front expressing a desire to have a personal relationship with Christ.

God was moving, and to be honest, I was stunned to be apart of it. So we prayed together and then my co-teacher invited those who had prayed to come back later in the day for more a more in-depth talk. I walked away from that classroom amazed, and yet I really shouldn’t have been. God had taken the little cup of oil that I had to offer and multiplied it. Why was I so surprised? Just as I told the class, we should expect big things from God. He moves in His timing and His ways, but He moves. He takes that small bit that we have to offer and when we walk in obedience, and He multiplies it. To God be the glory.