Ireland’s 40 shades of green left me speechless at times. The peaceful hills peppered with sheep, castles that appeared to have popped out of a fairytale book, sandy beaches, impeccable gardens, and spongy grass that made me want to curl up on the side of a hill with a favorite book and never go back to the real word. As my friend Treena fittingly said, “it’s a photographer’s dream.” 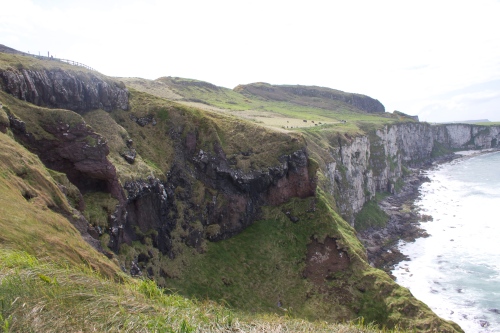 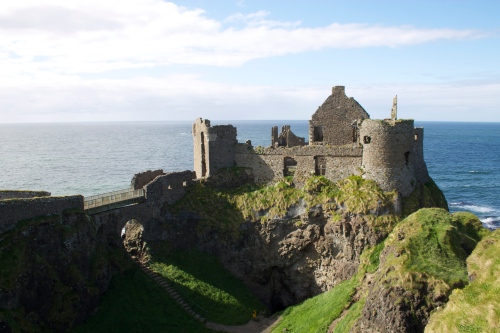 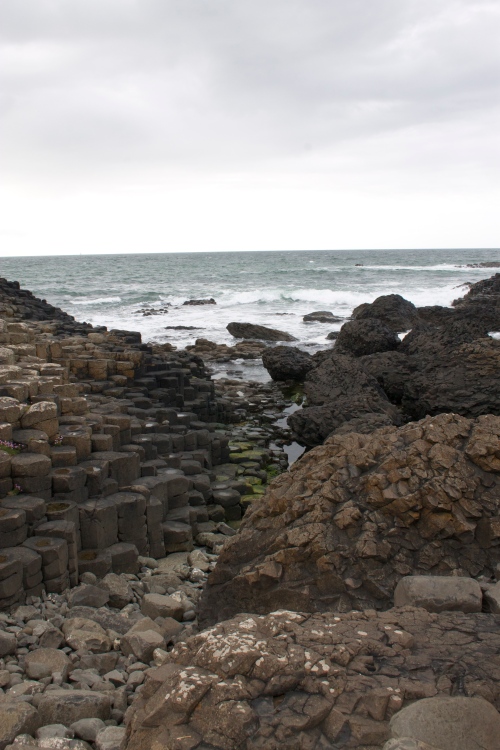 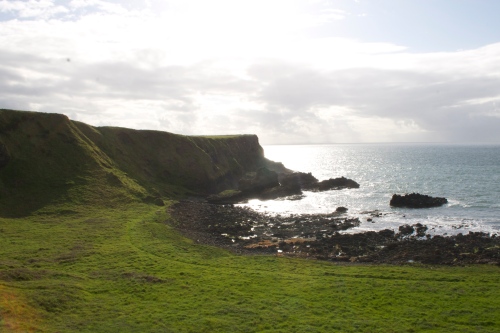 We spent five days in Northern Ireland exploring the coast with friends, eating fish and chips, and walking around Belfast’s city center. People were incredibly friendly, and since my friends had a car we were able to see everything from the Newcastle coast in the south to the Giant’s Causeway in the North.

As beautiful as the land was, my favorite part was getting to spend time with friends from college my friend Lindsey and her husband Cris who live in Northern Ireland and my friend Mandy who is living in Russia but was visiting during the same time Treena and I were there.

It was amazing catching up, making new memories, and experiencing the beauty of Northern Ireland together. Before heading to London to catch a plane to Nairobi we crossed the boarder into Ireland and spent the night in Dublin. At night Dublin is alive with music floating through the air and groups of colorful people packing the streets. Before we caught our plane in the morning we saw the sleepy side of the city with most of the shops closed and relatively deserted streets.

Our flight to London went smoothly with only a small delay. We spent the night at my friend Steph’s flat, and it was great talking travel and journalism with her and her flat mates. In the morning Treena and I got up early to catch the tube headed to the airport. Things seemed to be going smoothly. We made it through security, found our gate, and waited to board the plane. Boarding went well. We were able to get seats together (thank you British Airways) even though we had originally been placed in different rows. We found our seats, stored our luggage, and waited for the plane to take off. Tired from the previous day’s travel and from getting up early I dozed on and off and woke up to an announcement that the plane’s fuel levels were high so the crew had to do additional checks before take off. About an hour later another announcement was made asking everyone to leave the plane, take all of their luggage, and re-board at a later time. They gave us vouchers for lunch and asked us to stay in the terminal and wait for further instructions. Finally at 4pm we boarded the plane again (we were originally supposed to depart at 10:45am).

We got on the plane and waited and then waited some more before the pilot informed us that because one of the passengers had failed to show up (and the passenger’s bags were still on the plane) the plane would not be able to take off unless the crew was able to get the bags off the plane in the next 20 minutes. Twenty minutes later we were still on the plane but then told to get off the plane while they switched us to a different plane. Off we went again, another food voucher, more waiting, a little more waiting, and then back at 8pm to board the plane for the third time. We got to our gate in plenty of time to board just to hear that the plane’s crew had not yet arrived so it would be another hour. By 9pm we were finally on the plane and when the plane finally started to move down the runway we all clapped. Even though we ended up leaving close to the time we should have been landing it just felt good to get to Kenya. Customs and Visas went well. All of our luggage arrived, and friends were waiting to pick us up at the airport.

Kenya has been incredibly amazing, but I’ll have to save that for another post. All I can say is that I’m in love with Africa and especially with the 17 kids who live at the children’s home. The experience has been so rich already to the point where I don’t even know how I will begin to start describing it. God has been so good, and I know He is going to teach me so much during this next year.