There is a custom in my husband’s tribe when it comes to nicknames. If you share, say an orange, with a friend from that moment on instead of calling that friend by his or her given name you can agree to call each other “Orange”. The tradition can go even further. You can agree that if one of you forgets and uses the person’s name instead of the new nickname the person who forgets then has to buy the other person say a coke or whatever is agreed upon.

So when you hear someone called “peanut” or “carrot” you know that at one point, usually early on in the friendship, they shared that particular food. The little guy we have been taking care of for the last several months calls one of our neighbors “Lolly” the name of a favored gum because when we first moved in she shared a lolly with him.

I had been in Papua New Guinea less than two weeks when my brother-in-law organized a welcome gathering for me. My husband’s tribe is about an hour flight from the capital city where we were, but a lot of tribesmen and their families live in the city and many turned up to the gathering to officially welcome me to the Kukilka tribe. It was one of the most beautiful experiences I’ve ever been apart of. As we ate chicken, caucau (sweet potatoes) kumu (greens), and bananas, several people got up and gave speeches thanking me for joining their tribe and expressing their gratitude that I was willing to leave my family and country and join them by choosing to live in Papua New Guinea.

I first met Alex that night. He broke a cooking banana (called a Kenga) in half and shared it with me. Now we call each other Kenga. Alex is a taxi driver. He and his wife have two children a girl who is in seventh grade and a little boy who is five. Alex’s brother recently died of a heart attack, and earlier this year tests showed that Alex has a blocked coronary artery putting him in danger of this same fate unless something is done soon.

In the past, this life giving procedure was not available in Papua New Guinea. Those who could afford it flew to another country to have the surgery done which of course costs an enormous amount of money. Now the hospital here in the city is able to perform the operation. At the end of this month several doctors from Australia are traveling to Papua New Guinea specifically to help people with this condition. Alex is now on the list to see these doctors when they come and hopefully get the treatment that he needs. The trouble is that, as a taxi driver, Alex doesn’t have the 45,000 PNG Kina (around 15,000 US dollars) needed for the operation and hospital stay.

My husband put together a committee to help Alex raise the needed funds. So far the committee/community has raised about one ninth of what is needed. One thing that we seek to do as missionaries here in PNG is to help people rethink certain mindsets and behaviors. Helping Alex is one practical way of doing just that. My husband doesn’t want to see people just contributing to someone’s funeral after they have left this earth, but to take action and take care of their families and tribesmen while they are still with us. Change can happen. Lives can be saved, but it takes action not just talking. It takes people being willing to “put their money where their mouth is.” Like the Biblical book of James says, “faith without works is dead.” We don’t want to live a dead faith. We serve a living God. A God of action and as children of God we need to be active as well. Not just praying about things but doing what we can to actually bring change.

There are just two more weeks left to raise the needed amount for this operation, but I’m excited to see how God will work through His people to bring in what is needed. If you would like to contribute to this need. You can do so online by clinking here. Any amount is appreciated. It’s a big need and a daunting goal at times especially with the time limit, but God has a way of working through His people in a big way. He has already started to do this, and I am excited to see how He continues to work. It’s a story. His story and our story. It’s excited to be apart of change and to be able to see a man given a second chance at life. 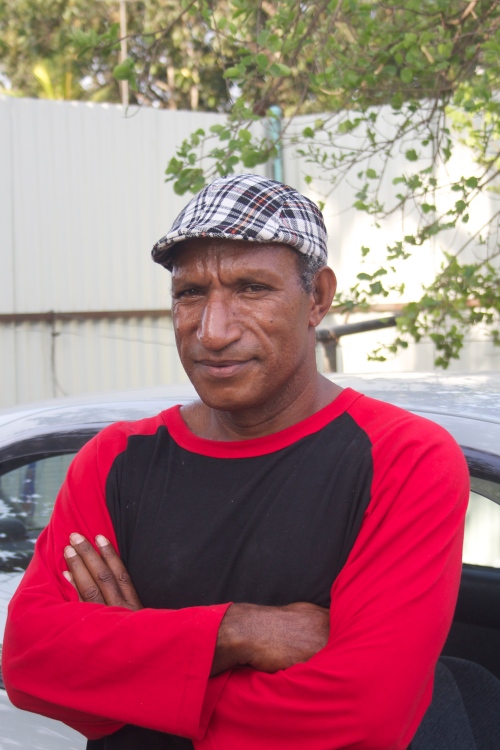