Everyone around me was waving, trying to get their graduate’s attention as the sea of bachelor’s, master’s and doctoral candidates paraded to their seats on the arena floor. I tried to smile, and not look out of place, but sometimes it’s just too hard to smile. My friend Alice was supposed to be a part of that sea of graduates. She had worked so hard and overcome so much, but her unexpected death in February changed everything.

When Alice first landed in Chicago, she was met with a horrible snow storm, and no one to greet her at the airport. She took a taxi, but the new arrival from Kenya was unfamiliar with American money, so when the taxi driver told her the price of her fare, she held out her money and let the driver take what he needed.

The school office was closing when she arrived, so Alice was told to spend the night in a hostel. The next day she was handed a list of area apartments and told to find somewhere to live. Not used to the weather, she developed a severe cold and later said that if she had had a return ticket, she would have gotten back on a plane and returned home. But she stuck it out and graduated from Loyola University with her master’s degree and then transferred to Southern Illinois University to work on her PhD. Even at SIU, she ran into obstacles and had to switch programs and earn a second master’s degree when she observed that no one in her program was graduating. Alice was not the type of person who complained, she just did what she needed to do reach her goals.

Alice’s father flew in from Kenya to receive her PhD. Everyone on the stage stood to applaud him and the work Alice had completed. At the graduation, astronaut Mark Kelly spoke about goals and how his goal was to be the first person to set foot on Mars. He never made it to Mars, but Captain Kelly has flown on the space shuttle Endeavour and the Discovery and visited the International Space Station four times.

Alice never walked across the stage to receive her doctorate degree, even though she worked so hard to earn it. Her goal of starting a women’s center in Kenya will never be fulfilled, and yet she accomplished so much and touched so many lives in the process.

I’ve been thinking about goals and what they even mean. Life is short. There is so much I hope to accomplish, but it is easy to lose direction. It is easy to never reach the goals you set. It is easy to ask—what’s the point?  But, life is not lived in a vacuum. Maybe you won’t reach all of your life’s goals, but maybe you’ll inspire other people to reach theirs. Do goals define someone’s life? No, because life is more about HOW you live than what goals you can check off your bucket list. But, it’s good to set goals and live life with a purpose.

Saturday’s graduation was hard to attend, but I was happy for the family and friends who filled the stadium to celebrate with their graduate. So much potential filled the room. I hope each graduate sets high goals, and it will be exciting to see how they change the world. 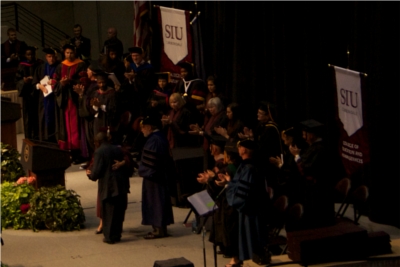 4 responses to “For Alice”